Foods to Never Put Down Your Garbage Disposal

Listed below are the foods to never put down your garbage disposal. Though your disposal is capable of grinding most kinds of foods, it cannot process the fats and grease that can clog it. FOGs are among the worst culprits that can clog up your disposal. So what should you do to avoid clogs? Read on to learn the best ways to dispose of your food without clogging your disposal.

You should avoid putting starchy and fibrous foods down your garbage disposal. This includes celery, asparagus, banana peels, and corn husks. In addition, these items will clog your disposal because they are not easily ground up. To avoid this, you should put these items into your trash or compost pile. Instead of using your garbage disposal to grind up your leftovers, you should use it to remove the skins from your fruits and vegetables.

If you are looking for a simple way to clean your sink, you should avoid putting grease into your garbage disposal. Grease can clog the drain and cause it to stop working properly. You can use vinegar, baking soda, or ammonia to dissolve and remove grease. However, the EPA estimates that a single person produces up to 14.7 pounds of grease a year, so these substances may not be the best option for you.

Another way to clog your garbage disposal is to put fats and grease down the drain. Fats solidify when they cool, so putting them down can cause problems with drainage and clogging. Some common foods contain fats, and if you want to avoid drain clogs, use cold water. Aside from that, the cold water will help the fats remain solid. But how do you avoid putting grease in a garbage disposal?

Though you may have seen the warnings about putting eggshells in your garbage disposal, these items should be avoided for several reasons. Not only are eggshells not completely safe, but they can also damage your disposal’s blades. The inner membrane of the eggshells is made of a material that can easily become gummed up and jammed in your disposal. This could result in slow draining and a clogged disposal – and a costly repair bill.

In addition to clogging a disposal, eggshells can also cause a sink clog. While this may not be immediately visible, it could cause a clog. Once a clog has occurred, it can be difficult to clear it, depending on the size and location of the clog. In addition, eggshells may wrap around the impellers, which are blunt objects similar to the blades of a fan. This can cause the disposal to stop working altogether.

Instead of dumping your coffee grounds into your trash, use them for a variety of household cleaning purposes. Try using them as mulch in your lawn or garden, or even to line drains! You can also mix them with salt or vinegar and use a plunger to clean your drains. Don’t forget to clean your garbage disposal regularly, too! After all, it’s easier and faster than you might think to keep it clean!

In addition to corn husks, celery, asparagus, and even eggs can all clog your disposal. Celery, chard, and artichokes can also cause problems. Herbs and celery have stringy stems that can get stuck in the blades of your garbage disposal and clog it. Thankfully, there are many other types of vegetables that don’t cause problems.

If you’ve ever tried cutting a peach or avocado seed in your disposal, you know that they can damage the blades. You can safely use the disposal to grind the seed, but avoid putting fruit pits down the drain. In addition to pits, you shouldn’t put small bones, such as those found in fish or shellfish. Small bones can break down in the disposal, but large bones are better off in the trash.

Fruit pits are particularly tough and can dent your disposal’s blades. Citrus rinds, carrot skins, and watermelon rinds should be put into the trash instead, since they can easily wrap around the blades of the disposal. You can also throw away large pieces of fruit, such as watermelon rinds and avocado skins, in the trash. However, avoid placing large pieces of fruit pits in the disposal altogether, because they can create a lot of noise and cause clogging. Hire Candu Plumbing & Rooter for professional services. 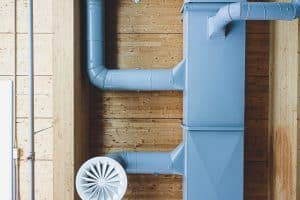 So Your Water Heater’s Making Weird Noises? Read This! ​​

Signs Your Homes Water Is Contaminated

What Do You Do When Your Home Has Fully Been Flooded?

How Do I Handle a Burst Pipe?

How Do You Thaw a Frozen Pipe?